You have no items in your shopping cart.

Product was successfully added to your shopping cart. 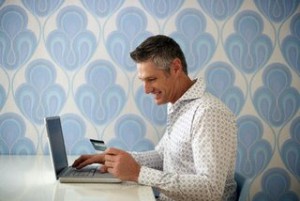 It doesn't make sense to many people when I tell them that around 70% of our online sales for thermal underwear during the months of March thru June come from Florida and other southern states. So why would so many people from the warmest states want thermal underwear in the spring and summer? I was curious too at first After our first few seasons in business, I noticed this trend. So, I decided to start asking customers who were from the south each time an order was placed over the phone. The answer? Travel. When things start warming up in the south, many residents escape the heat by traveling to areas that are know for beautiful scenery and COOLER WEATHER. For many, the preferred destination is Alaska. Some of the best times of the year to visit Alaska are from May to July. Alaska is a vast region containing some 85% of Americas national wildlife refuge lands. Also within Alaska are most of the Americas national parks, wetlands, and the tallest mountain in North America. For those who like it a little cooler, Antarctica is another popular destination with the prime temperatures ranging from May to August. The scenery here is in many ways similar to Alaska, and you may need an extra layer or two of thermal underwear, but the experience is what some would call one of the world's best kept secrets. For more information on Antarctica, take a look at Quark Expedition's site .Now, if you're looking to escape the heat to visit a place like Alaska or Antarctica, the decision to take the trip can be an easy choice. Deciding what you want to do when you get there rivals an choosing from an all you can eat buffet menu. Travel experiences range from taking a cruise around the regions, deep sea fishing, mountaineering the highest peaks, to taking a closer look at each area through guided photography tours that allow you to capture the beauty and the experience of each region. About .com has some helpful Alaska Reviews that detail what reviewers liked about their trips to Alaska. For more information on Antarctica, take a look at Real Travel's website for a few travelers' reviews and Polar Cruises for more traveler reviews and information on Antarctica tours of the area.So, if you live in the south and the heat gets to be too much, or if you just want a place to get away to, go where your neighbors have been vacationing on a trip to Alaska or Antarctica and have the experience of a lifetime. And don't feel too out of place buying polypropylene thermal underwear in the spring time. A growing number of Floridians are doing it too.

There are no products matching the selection.